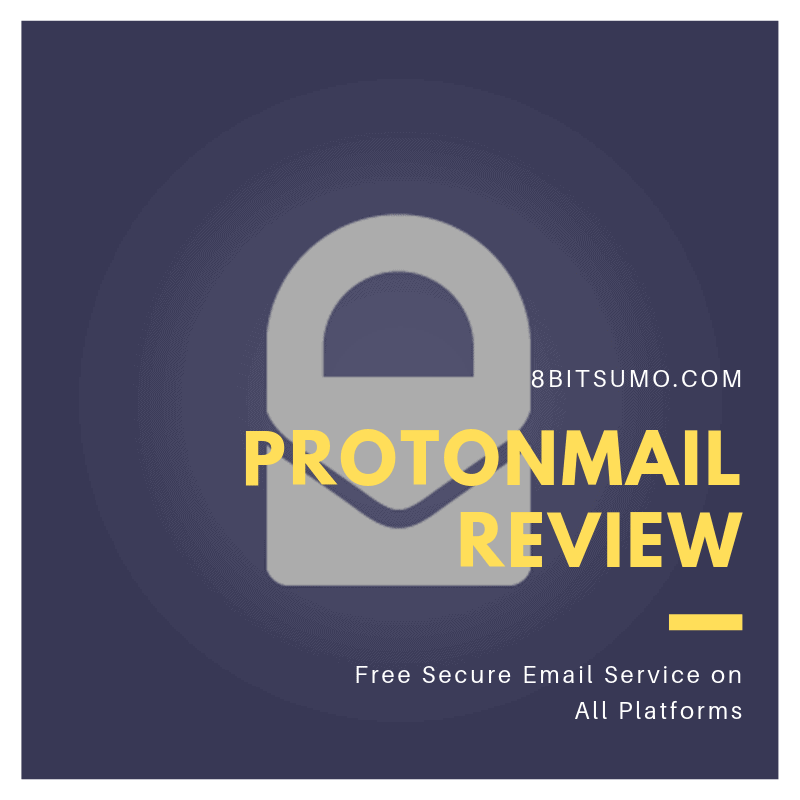 Gmail might be one of the most famous and widely used email providers, but it’s notorious for collecting all sorts of private information. It’s no wonder that you’re looking for a new email service that could keep your secrets and prevent intruders from reading your mail.

That’s why, today, I’m going to review for you ProtonMail – one of the leading security email providers. Just keep on reading.

ProtonMail is an email service created in 2013 by a dedicated group of scientists with the goal of making the Internet more secure. It’s located in Switzerland, and as such, all data is protected by strict Switzerland’s privacy laws.

Switzerland is not part of the EU, so it’s not subjected to its laws. Moreover, Switzerland doesn’t fall under the USA’s jurisdiction. As such, only a court order can force them to reveal any of the limited information they have on your account.

ProtonMail is available for web users, iOS, and Android. You can also use ProtonMail Bridge on your computer to encrypt and decrypt emails.

Pros and Cons of ProtonMail

One of the main advantages of ProtonMail is that it offers end-to-end encryption. Your emails are encrypted in such a way that only you and the intended recipient can decrypt them. Not even ProtonMail can read your message or provide information about them to third parties.

In addition to this, ProtonMail doesn’t require any personal information to create an account. The only two things you have to provide are username and password.

Furthermore, ProtonMail doesn’t keep logs and IP addresses, so they can’t track you through your emails. Using ProtonMail, you remain as anonymous as possible.

Moreover, ProtonMail’s design is user-friendly and similar to other ordinary email providers. As such, you won’t have troubles composing messages and sending them.

On the negative side, ProtonMail has limited free features. So, if you tend to send a lot of emails a day, you might have to upgrade to premium.

In addition to this, ProtonMail works best with other ProtonMail users. It’s still possible to send encrypted emails to non-ProtonMail users. However, you’ll need to provide the recipient with a password to decrypt the email, or they won’t be able to read the message.

Customer support also is slightly lacking because they don’t have live chat support. You can contact them only on email or search through their support FAQ.

One feature that has advantages and disadvantages is password recovery. If you forget your password for ProtonMail, you will lose access to your messages. But the good thing is that ProtonMail could recover your account.

However, since you need your old password to decrypt your email, they will be lost to you. While this feature has its advantage, losing your emails is not a pleasant thing.

ProtonMail has the usual feature of every email service you’ve ever used – inbox, drafts, archives, spam, and so on. You can also create filters and folders, whitelist and blacklist email addresses and enable two-factor authentication.

Moreover, thanks to the Bridge application, you can use ProtonMail with third-party email clients. You can also install the ProtonMail app on your mobile device.

But more importantly, ProtonMail has the following amazing features:

ProtonMail has four different plans available for its users – free, plus, visionary, and professional. I’ll illustrate the difference between them in the following table:

As you can see, the free version has a lot of limits, but it’s an excellent choice for sending/receiving secure emails. In addition to this, the plus plan is affordable and comes with enough features to satisfy the average user.

As a whole, Proton Mail is fast and performs exceptionally well. Users report that it deals with attachments quickly and that the decryption doesn’t slow it down.

However, some point out that its performance might be affected if you have thousands of emails. Others also state that they notice a slower than normal performance in preview panel mode.

Recently, there were some accusations that ProtonMail was not at all secured. Martin Stiegel published an article claiming that ProtonMail is collaborating voluntarily with the Swiss authorities and that much of its security claims are false.

ProtonMail has denied these claims and stated that they only provide information when requested by a court order. They also stressed that they couldn’t decrypt their users’ messages thanks to the end-to-end encryption.

And since they don’t keep logs or require personal information, it will be hard for somebody to find you based on your emails.

In this matter, it’s worth mentioning that ProtonMail comes from the creators of ProtonVPN, one of the most secured and trusted VPNs. As such, it’s hard to image that ProtonMail will hand over user information willingly.

On the matter of security, you should know that some hackers have claimed to have breech ProtonMail’s security. However, ProtonMail denies these accusations, and there is no actual proof of the data breaches.

In short, ProtonMail is secure thanks to its end-to-end encryption, open-source cryptography, and no log and IP addresses politics. In addition to this, its two-factor authentication feature ensures that no one but you can access your account.

As such, it’s highly unlikely that somebody will be able to trace you through ProtonMail, but you have to keep in mind that it’s not impossible.

In conclusion, I would like to say that ProtonMail it’s an excellent solution for keeping your emails away for hackers. Let me remind you what makes it perfect for you:

Despite its few shortcomings, ProtonMail has proven to be reliable, secure, and safe. It’s ideal both from home and business users because not only it encrypts your email, but it also keeps minimal data about you and your doings. As such, I highly recommend it as one of the best secure email services available.

What is the Purpose of Airdrop in the BTC users’ Wallet?

Uncommon SEO Challenges Your Business May Face In Richmond

Hello, I’m Hwang Nguyen (aka Whale Sumo) . I’m a specialist in computer sciences with vast experience and practice. As a graduate of the California Polytechnic State University-San Luis Obispo, I’ve worked on expanding my knowledge about computers and malware. My sole purpose is to teach customers how to prevent serious malware attacks and give them a comprehensive removal guide for getting rid of viruses. To do my job well, I research existing malware so that I can inform my customers how serious or how harmful these viruses could be. In the morning I can’t think of anything else but what virus removal instructions I can give my clients. I try to come up with the most helpful ones that won’t be hard to follow.