How many types of hackers exist? 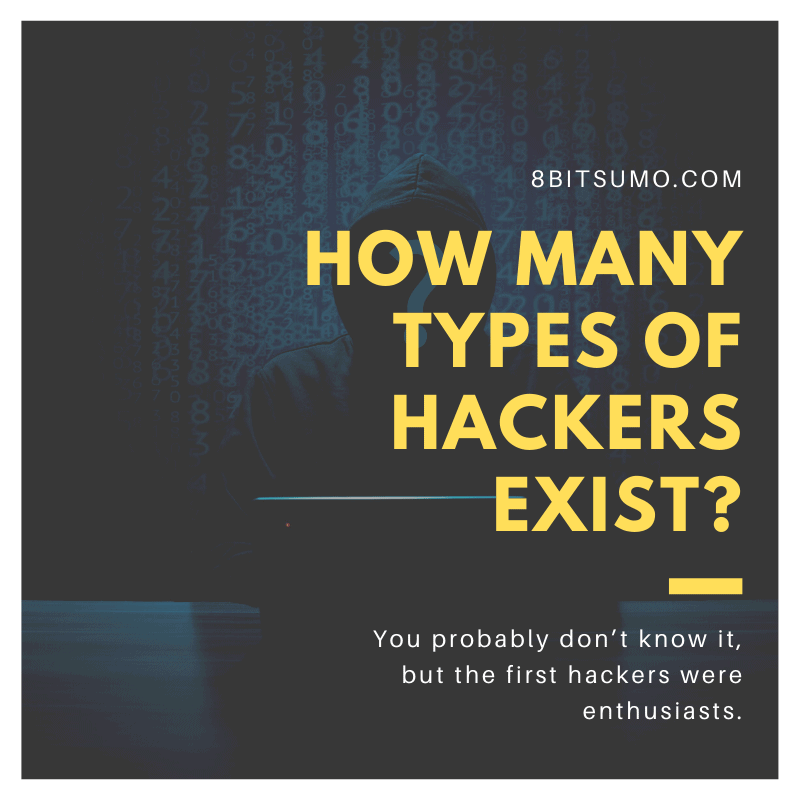 When you turn on the news, it’s very likely that you’re going to hear about hackers and their new endeavors. After all, not so long ago Facebook announced that hackers could have breached its security and stolen information about 50 million users.

It’s not a surprise. The forbidden fruit has always fascinated humanity. That’s why as long as we have padlocked “places” protected with super-strong passwords there would be people interested in picking up the lock.

Some do it out of pure curiosity, but unfortunately, there are those who have ill intentions in mind.

How did hackers originate?

You probably don’t know it, but the first hackers were enthusiasts, who wanted to understand how the system worked. When you think about it, you’ll realize that people have always been curious about emerging technologies.

For example, in the 1950s a lot of people were fascinated by the telephone, and phone phreaks appeared. I imagine that this phrase means nothing to you.

Well, phone phreaks were interested in exploring the telephone system and finding out how calls were rounded. That’s why they spend many hours dialing random people, reading technical journals and getting to know the system from inside out.

All this hard work was not in vain, because they figure out a way to make free long distance calls. They created a blue box, which was an electronic device generating similar audio tones to those used for calls.

So, back at the beginning hackers were not considered “bad” people. They were people that tried to understand the system and make improvements to the existing software to make it work better.

Remember that back then computers weren’t as available as today and that they were heavy machines that weren’t capable of doing too many complicated things. It’s not a surprise people were trying to make it faster.

After that, however, some of these “hackers” started to use their knowledge and abilities for personal gain. And that’s how the “bad hackers” come into existences.

How many types of hackers are there?

If we go into details, we can distinguish as many as ten hacker types. However, I will focus mainly on the three most popular groups. I’m talking about:

Who are the white hackers?

White hackers are the good guys. They don’t break into a system or a network to steal or cause mayhem. They are not the ones who want to get their hands on your private information. In addition to this, they won’t use any information they find to get you into trouble.

Unlike other types of hackers, white hat hackers have permission to hack into a given system, and they do it with the owner’s blessing. Their employer could be the government or a private organization which is worried about its security.

What white hackers do is that they attempted to breach/hack a secure network or a system. They do that to discover any bugs or vulnerabilities that others might exploit and use as a gateway.

That’s how a huge flaw in the DNS system responsible for mapping IP address was found. If it was left undiscovered, it could have been an enormous internet crisis because hackers would be able to redirect web traffic.

In addition to this, white hackers will often implement fixes for the vulnerabilities they find. In this way, they want to make sure that the system will be well-protected against serious hacking attempts.

Who are the grey hat hackers?

Grey hackers are somewhere between the white and the black ones. Companies or individuals don’t employ them, but they still search for vulnerable points in a system. If they find one, they might contact the owner of the system, inform him about their discovery, and offer to fix the problem for a fee.

However, they still can cause mayhem. If the owner doesn’t agree to pay or doesn’t respond, these grey hackers might leak the vulnerability to the whole online community. What would happen then?

The black hackers will take advantage of that weakness before you know it and your whole system is going to be compromised.

So, it all depends on the moral code of the grey hacker. He might not say a thing when he finds a weak spot, he might share that information with the community, or he might inform you so that you can take care of it.

The important thing is that these hackers do not break into a system to steal for personal or financial gain. What’s more, since they don’t have permission to access the system, what they are doing is illegal.

Who are black hat hackers?

Sometimes a grey hacker crosses a line. He starts to exploits vulnerabilities and weakness in a system for personal gain. That’s how he becomes a black hat hacker.

So, black hat hackers are the guys that break into your computer, steal your passwords and credit card information. They also hack into companies like Facebook and then offer the stolen information on the black market.

As you start to understand, black hat hackers are the guys you should be worried about. They don’t have any moral restrains and would attack corporations, companies and individuals alike.

What other types of hackers exist?

Besides there three main types, there are several other types that you might come across. We can distinguish:

How to protect against black hat hackers?

Finally, I want to talk about how to protect your devices from falling into the hands of those black hats. Here are some tips:

As you can see, the hacking world doesn’t consist only of bad people. We can only hope that the white hat hackers will be able to stay one step before the black one, otherwise, we will be in serious trouble.

What do you think about these types of hackers? Have you ever tried hacking something? Share your experience in the comments.

What is DNS and how it works?

How do Passwords Get Stolen?